There are many traditions at a SSAGO rally, one of them is the rally awards. Unlike the more serious awards these are awarded every rally. In person this happens at the closing ceremony, and is often chosen by the "loudest cheer" as nominations are announced. With a digital rally we've introduced some new digital awards and are running nominations and voting for them through Discord. For our rally only, all winners of these awards will receive points for their team, coming in at the closing ceremony these points could make a lot of difference. Here we highlight some of the awards you could win at rally and their history:

The Spoon of Incompetence

The Spoon of Incompetence is designed to reward generally incompetent behavior at rally. From forgetting your tent (again) to locking away your keys. It was introduced by the exec for Plymouth Pirate Rally in summer 2013, an orange ribbon was attached almost immediately to stop people losing it.

Freda the Elephant, or the Brownie Award, is award for Brownie like behavior at a rally, from eating to much desert to coach sickness and oversleeping. It's named for a character in the Brownie handbooks from 1987 to 2003. The award started with an elephant bought in a charity shop during a pub crawl at Nottingham Gold Rally in summer 2002, it was replaced circa 2009 and since has adapted from it's pub crawl roots to encompass all Brownie like behavior. 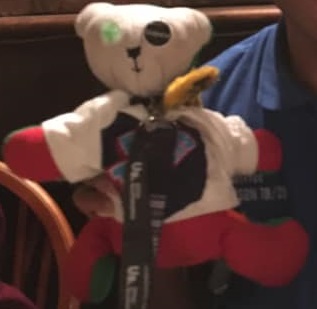 Morris is the pub crawl mascot, awarded each rally for incidents (normally) occurring on the pub crawl, however in the past it's also been awarded more generally for alcoholic incidents and even to a rouge cafe crawl at "Witan in a Weekend" Rally in Feb 2018. The current pub crawl mascot (Morris) replaced the old mascot (Horris), it's made from Guinness hats acquired at Loughbourgh Ball it first appeared at Black Country Rally in the summer of 2009. As well as an eye made from a Guinness bottle top it currently sport a stripey bow tie, a "pop tarts" t-shirt relating to a Sheffield SU night and several rally lanyards to secure it to it's often drunk owner.

A new award created over the 2020 lock down on the SSAGO Discord sever, referencing the cutlery cup and spoon of incompetence. First awarded by Witan in November 2020 we've decided to bring this award back to celebrate some of the meme making that goes on during virtual event. For December 2020 and January and February 2021 this is being awarded to the meme of the month using the memes channel on Discord. Currently this award only exists in emoji form, using one of the designs initially made on Discord, however this may soon change! 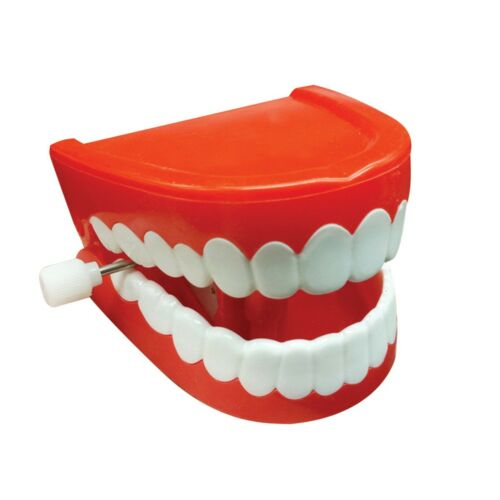 A brand new award we've made for this virtual rally, designed to record some of the funniest out of context things said over lots of zoom calls. For December 2020 and January and February 2021 this is being awarded to the quote of the month using the quotes channel on Discord. Currently this award only exists in emoji form however this may soon change! 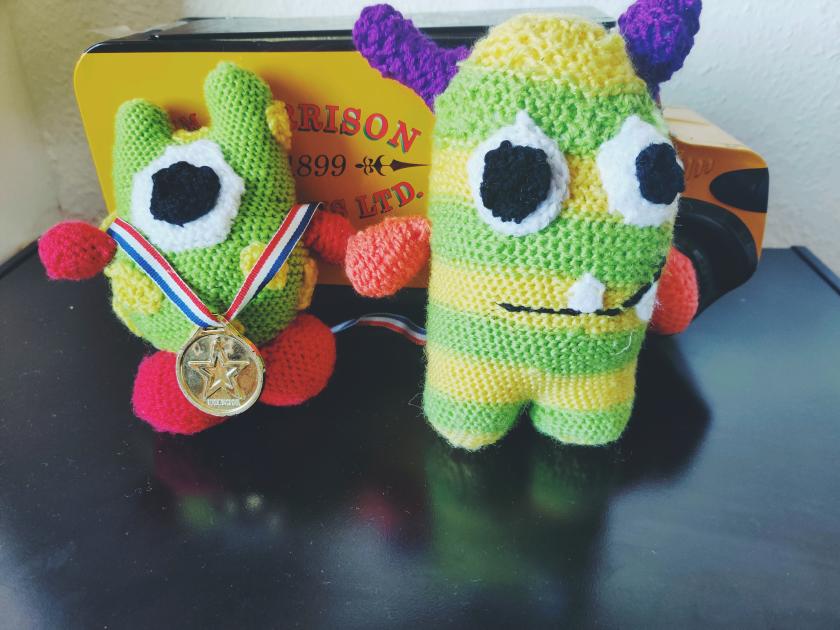 We are also introducing a special new award for this event the "Most Valuable Player (MVP) Award", if you've found someone extremely helpful, kind or who's made rally special for you we'd like to thank them here and nominate them for this award! We'll be picking not only the highest voted person from each team but also the committee may pick an extra person they'd like to thank using this award. Each winner will receive a physical MVP award to keep until the next national event, plus points and prizes! We're hoping future event committees will also use these physical awards at their events to thank those that have gone above and beyond to make rallys enjoyable!

The Gadaffy Plate is unlike the other awards here in that it passes from club to club via challenges. There's plenty of time over the weekend for you to launch a challenge and try and win the plate, to do so you should read the rules and submit a challenge here. This is a commemorative plate which was gifted by the Scouts of Libya to representatives of SSAGO at the 1984 Witan held in Florence, Italy. It was originally from the African Scout Jamboree held in Libya 1982 and was presented as a mark of friendship and is now used as a challenge trophy to prevent it gathering dust.

If you experience any issues in the booking process, please contact webmaster@ssago.org.